It’s simple enough to take a ruler or a measuring tape and mark out inches or millimeters. But measuring dimensions of CNC machined parts – many with tolerances tighter than +/- .001 inch – is a whole other ball game. When you’re dealing with measurements that small, you need to have sophisticated measuring tools, and the knowledge to use them.

Every CNC machine shop will use a different set of metrology tools, depending on the type, quantity and quality of work they do. The variety of available tools go a long way in determining the overall capabilities of the facility.

Here’s a list of metrology tools you can expect to find in modern machine shops:

A surface plate is a flat surface used as a reference point for vertical (Y-axis) measurements. They’re only useful if they’re properly calibrated and maintain their shape impeccably. Because of its smooth surface and low level of expansion and contraction with temperature changes, granite is often the material of choice for surface plates.

Calipers range broadly in shape, size and sophistication. Regardless of type, calipers all measure using the same principle: by allowing two opposing tips to rest at the beginning and end of a distance being measured. The common protractor, used to measure degrees, is also a type of caliper.

Vernier calipers: first perfected in the 1600s, vernier calipers consist of a flat bar along which two opposing tips slide. The distance between the tips is measured using an accurately graded scale.
Dial calipers: dial calipers function similarly to Vernier calipers, but display measurements on a simple dial, making them easier to read.
Digital calipers: like dial calipers, digital calipers offer an easy-to-read display–in this case, a digital screen.
Micrometer
Micrometers use a calibrated screw, connected to a scale that moves as the screw is turned clockwise or counterclockwise. Many micrometers look and function similarly to calipers, but they can come in a variety of shapes.

Air gages use pressurized air to measure the dimensions of an object. They were first introduced in the 1940s, and have undergone improvements to become one of the most trusted precision measuring tools in machine shops. Air gages function by shooting air out of a specifically calibrated nozzle, and recording the rate at which the air returns to multiple sensing nozzles. Thus, they are able to read the air flow between the measuring tool and the object being measured.

Dating back to the 1950s, CMMs are mechanical devices designed to automate various aspects of measurement. They are often shaped like an upside-down “U,” with legs that move on either side of a surface plate. The probe also moves side-to-side along the bridge of the “U,” as well as up and down, allowing measurement of X, Y and Z axes.

CMMs vary widely when it comes to the “probe” component, or the attachment that directly measures an object through contact or proximity. Originally, all probes were mechanical, and recorded coordinates through direct contact with a surface. Optical probes, more recently developed, have a camera-like component that scans images at specified coordinates, registering changes in contrast within the image to determine accurate measurements.

Modern probes use lasers or white light to scan objects, recording thousands of data points at a time. This technology makes it possible to integrate with CAD software and produce virtual 3D models of parts with a high degree of accuracy.

State-of-the-art machine shops can take metrology to the next level with laser scanning arms. These devices, a type of portable CMM, allow metrologists to measure a broad range of dimensions simultaneously, and are capable of making millions of calculations per second. More basic CMMs require time-consuming calibrations and dozens of measurements, but laser scanning arms save time by automatically taking measurements from thousands of points on an object.

Laser scanning arms are especially useful when a part needs to be considered holistically–as in the case of reverse engineering, or pinpointing a flaw of unknown origin. 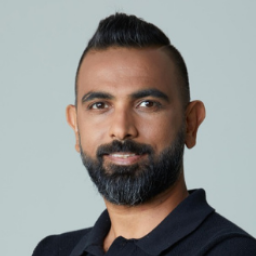 The Advantages of Carbide Cutting Tools

The Advantages of Carbide Cutting Tools

10 Tips For Cutting Costs On Your CNC Machining Parts